4 Reasons Why Tablets and Small Restaurants are a Perfect Pair

Increasingly, restaurants are using tablets for a variety of purposes, from accepting customer payments to taking orders. Think your establishment isn’t large enough for a tablet installation? Think again. Tablets often prove to be a perfect addition to small restaurants. Let’s look at four reasons why this is so.

Small restaurants’ size doesn’t permit them much leeway on the table turns front; no matter how many tables they do have, it will take multiple turns per shift to keep the bottom line healthy. By most estimates, the average table will turn seven to 10 minutes faster when a tablet-based solution is used to take customers’ orders, accept payments, or both.

Whether they work in a small restaurant, for a major chain, or somewhere in between, employees like big tips. And tablets can up the ante here, according to a survey by software advisory firm Software Advice. More than 50 percent of respondents to the survey said leaving a tip on a tablet device is “not difficult.” Even more tellingly, 86 percent of  respondents claimed to prefer to enter tips on a tablet rather than manually, and 41 percent of individuals polled said their inclination to tip would “likely” or “definitely” increase in close proximity to a server (i.e., a server who has handed them a tablet). Twenty-nine percent stated that they would “more than likely” leave a tip (rather than no tip) if faced with a tablet equipped with a “no tip” button instead of the traditional mode of payment.

Small restaurants can no longer afford to ignore the many advantages offered by tablets. Even a single device can make a big difference in sales, customer satisfaction, efficiency, and more—making investment in the technology a wise course of action. 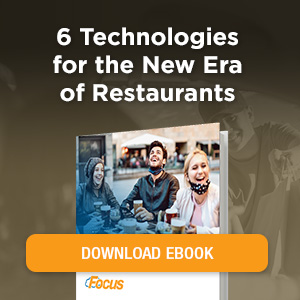