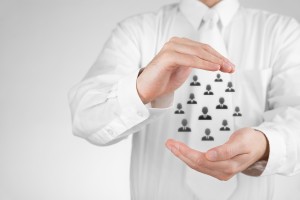 Labor management can be challenging for restaurant operators—not only when it comes to scheduling, but also where minimizing or eliminating employee theft is concerned. However, with a good restaurant POS software solution in place, grappling with such operational roadblocks becomes a much simpler proposition.

Taking the guesswork out of setting schedules

Instead of arbitrarily assigning a particular number of wait staff and other personnel to shifts, operators can base decisions on previous sales patterns identifiable by reviewing POS data.

Rather than clocking in and out on traditional time clocks, employees do so directly on the POS system—often verifying their identity through a finger scan or other form of verification. This prevents staff from working overtime without permission to do so, as well as from “buddy-punching” (clocking in or out for co-workers to cheat the system). The time-and-attendance capabilities of some POS systems also facilitate labor management because they may be programmed to alert operators of employee lateness and can even prevent staff from clocking in after a pre-set grace period has ended.

Acting as a natural theft deterrent

Access to certain vendors’ POS systems can be controlled with biometric solutions, such as fingerprint readers. These built-in features allow only authorized employees to access cash drawers or POS terminals, keeping unauthorized parties from stealing money or customer data.

Similarly, POS systems let restaurateurs track ingredients as well as food and beverage sales. This dissuades employees from consuming food or beverages without paying for them, taking ingredients home for their personal use, or offering unauthorized discounts to their friends and family.

Making it easier to spot offenders and incidents in progress

Some restaurant POS software offerings reduce labor management headaches because they can be set to flag and report questionable transactions or other conditions that seem unusual. For example, discrepancies between the total of a cash transaction and the amount of money placed in the cash drawer will be reported. Certain packages can be configured so that management may “drill down” into data to monitor the performance of employees whom they suspect may stealing from the cash drawer or committing any other type of theft.

Additionally, when restaurant POS systems interface with digital cameras and DVRs, staff can be recorded in the act of ringing up sales at the front counter and/or serving food and beverages to patrons. POS information for each transaction being processed and/or each order being served can be superimposed over the appropriate image(s) that have been captured. Transactions that seem suspicious in any way can be investigated further by rewinding the recorded footage on the DVR to the time the order was taken and reviewing the captured images as they appear with the text.

Labor management is only one of many issues restaurant operators must handle on a daily basis. Instead of allowing the job to become all-encompassing—potentially compromising other areas of the business—savvy players rely on the power of restaurant POS software to streamline the process.